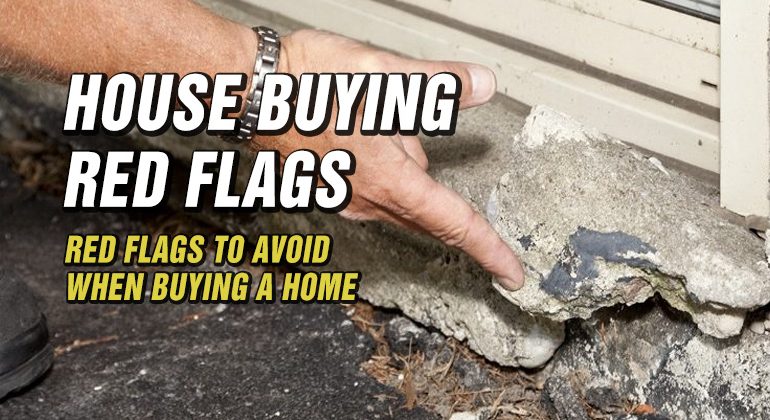 Buying a home is one of the biggest investments most people will ever make, and you should know what kind of investment you’re making. But I still hear the stories where homebuyers don’t get a home inspection before buying a house.

I get that in some cities it’s a seller’s market, and you’re lucky to even buy a house or a condo. But if you buy the wrong one, you will lose it all and you will regret it. I’ve seen it happen, over and over again, where couples think they bought the house of their dreams only to discover that it’s a complete nightmare.

Too many people have gone bankrupt and too many marriages have fallen apart because of one bad decision: Buying a house that needs a fortune to make right. Here’s some house buying red flags you need to be aware about.

I’d rather not buy a house than buy the wrong one, and you should too. We all know it’s very easy to make a house look good on the surface, and you can hide a world of trouble behind the walls.

At the end of the day it’s buyer beware. Believe me, I get the emails.

Just today I saw an email from a dad whose son (only 20 years old) just bought his first house. It was originally built in 1963. Once he took possession they started renovating. Turns out, the plaster walls and laminate flooring contained asbestos. Not only is this a huge threat to their health (material containing asbestos should never be disturbed), but now they need a professional abatement company to come in and remove the materials for them, which is very expensive.

And sometimes people get a home inspection and still end up buying a lemon. Why? Because they didn’t hire the right professional. Just because they call themselves a home inspector doesn’t mean they’re any good.

Again, it’s buyer beware. Homeowners and homebuyers need to ask the right questions, especially when hiring a home inspector. For example, how long have you been inspecting homes for? What were you doing before home inspections? (You want someone with a background in home construction.) Are you insured? Are you certified? By who and what does that mean? 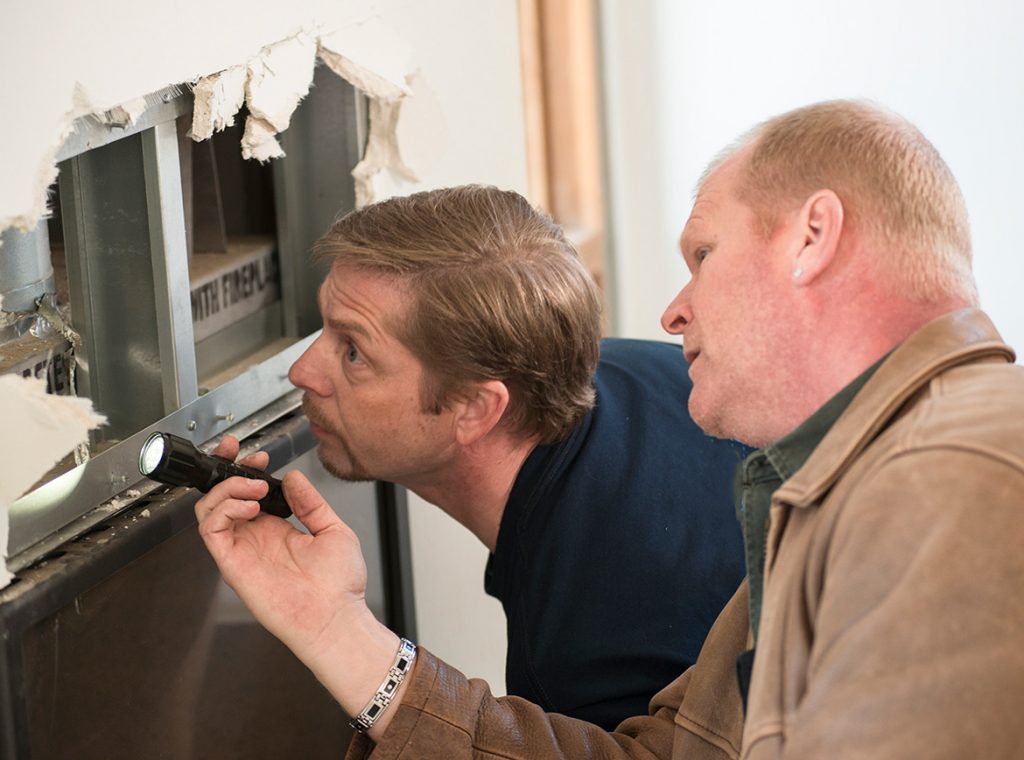 Ideally, we should be able to rely on the advice of the pros we hire. But sometimes it’s difficult to know who’s a pro and who’s not, and by the time we find out it’s too late. Then who’s stuck with the bill? You.

So to save your own butt I always tell homeowners to educate themselves. Learn what separates the pros from the players. Also, learn the red flags.

Here are some of the things my guys look for when they inspect a home:

If you are looking at a house that’s been renovated, you can go to the city and find the permits on it. If there are no permits that means they didn’t hire a pro or they did the work themselves. Either way, if they didn’t know what they were doing you’re stuck with the potential risk and the repair bill.

Buying a house shouldn’t be like playing Russian roulette. You should know that you are making a smart investment. 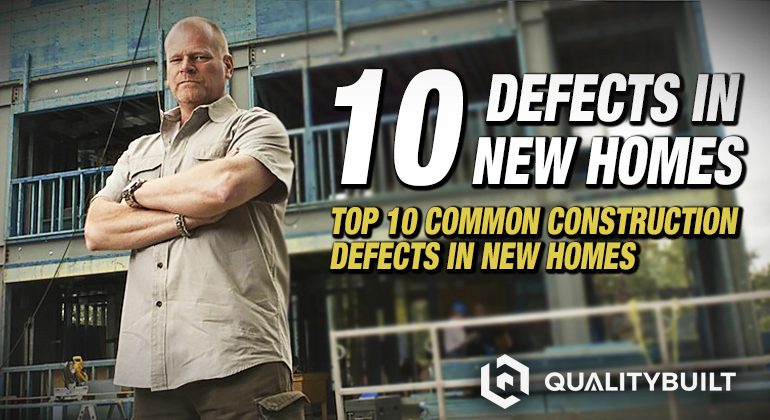 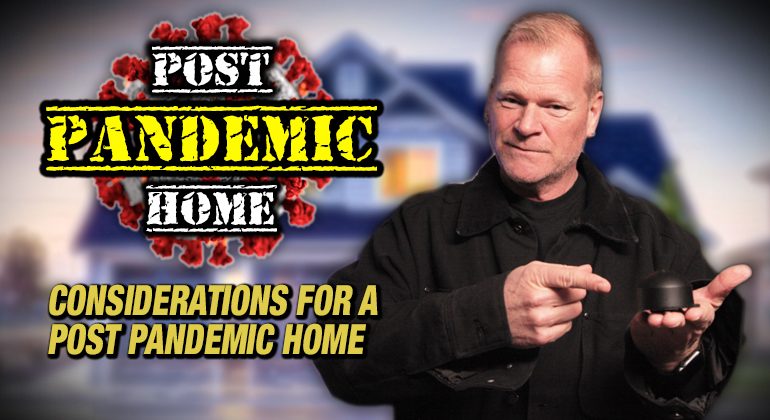 I am glad to see conversations and brain storming happening around how the design &... 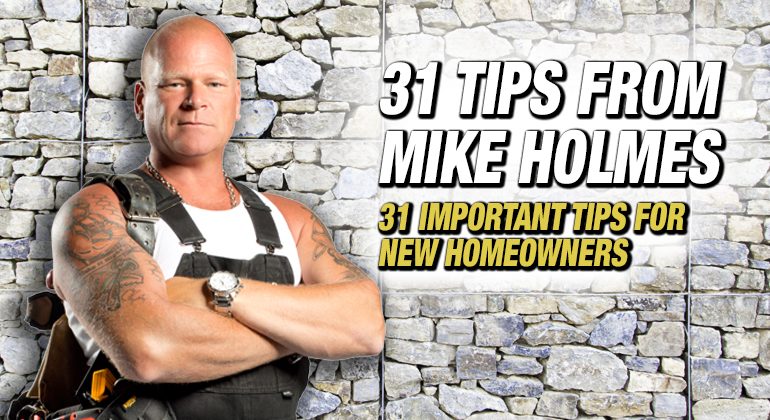 Buying a new home? Here are some important tips to keep in mind. HOME MAINTENANCE...

« PREVIOUS The Most Energy Efficient Office In Edmonton NEXT » How To Hire A Contractor: Get It In Writing

When It’s Time To Grout

There are many different types of grout and it’s important that the right one is...

Behind The Scenes with Sherry...

We get asked a lot of questions about our TV shows, what our family is...

Working In A Multigenerational Workplace

I’ve been part of my dad’s construction crew for over a decade now and I...

Most of us spend a lot of time in our kitchens, whether we want to...

Mike HolmesSunday, November 22nd, 2020 at 9:02pm
A home inspector sent this to me over Twitter. He said the homeowner was REALLY proud of his craftsmanship...
481 351    View on Facebook

Mike HolmesSunday, November 22nd, 2020 at 4:00pm
You can never predict when a natural disaster will strike. Make sure you're prepared.

Preparing For a Natural Disaster
Natural disasters can do a lot to destroy your home. Here's Mike Holmes Jr's Top 13 Tips To Prepare Your Home From A Natural Disaster.
makeitright.ca
316 3    View on Facebook

Mike HolmesSaturday, November 21st, 2020 at 4:00pm
Renovating an older home? Make sure you renovate it right. Here are my tips.

Tips When Renovating An Older Home - Make It Right®
Mike Holmes has a few tips on what to consider when renovating an older home. Such as knob and tube wiring, asbestos, and many other problems.
makeitright.ca
514 29    View on Facebook

Followers: 254594
Mike Holmes @Make_It_Right
Sunday, November 22nd, 2020 at 9:12pm
Not too long ago, a family reached out to my team for help. Their story is an insurance nightmare. A dishwasher leak caused a chain of unfortunate events, and they couldn't use their kitchen anymore.
https://t.co/CHMJFVzrhg
View on Twitter