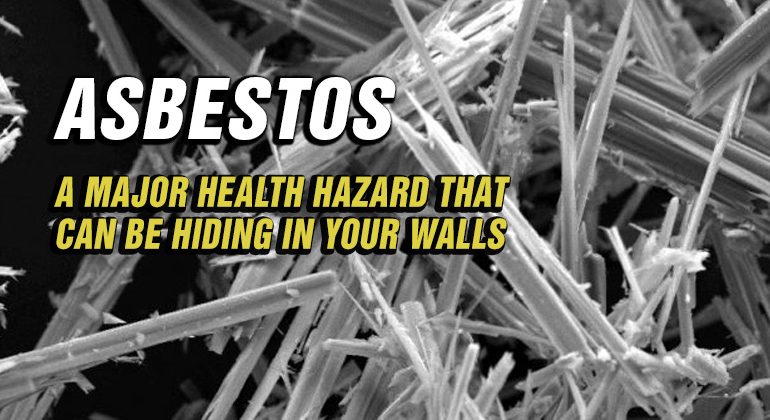 In the late 1800s, when large plants producing steam-generated electricity were built, it became necessary to develop ways to insulate the steam pipes to keep workers from burning themselves. Asbestos turned out to be the insulator of choice.

Asbestos is a generic term referring to a number of different mineral fibres found in rock formations. Because of their strength, durability and resistance to fire, these fibres were used widespread in building materials during this period in residential and commercial construction. They were also added to various different residential construction products.

Unfortunately, it took many years before it became apparent that asbestos posed a serious danger to peoples’ health, which led to its ban in building materials as of the late 1970’s.

By the early 1980’s asbestos was no longer used in new building materials and residential building products being manufactured; however, many homes and buildings today still contain asbestos.

If asbestos fibres are properly enclosed within a product or material, there are no significant health risks. But when it’s disturbed it releases asbestos fibres into the air. If these fibres are inhaled they get lodged in the lungs and can cause very serious health conditions, including cancer.

Inhaling asbestos fibres can cause lung cancer, asbestosis, which is a scarring of the lungs that makes it difficult to breathe, or mesothelioma-a rare form of cancer that affects the lining of the chest or abdominal cavity.

Before the late 1970’s many drywall compounds were made using asbestos. The reason? Fire-resistance – it could keep a fire from spreading. This same material was also used for filling corners and seams!

What Materials Can Contain Asbestos? 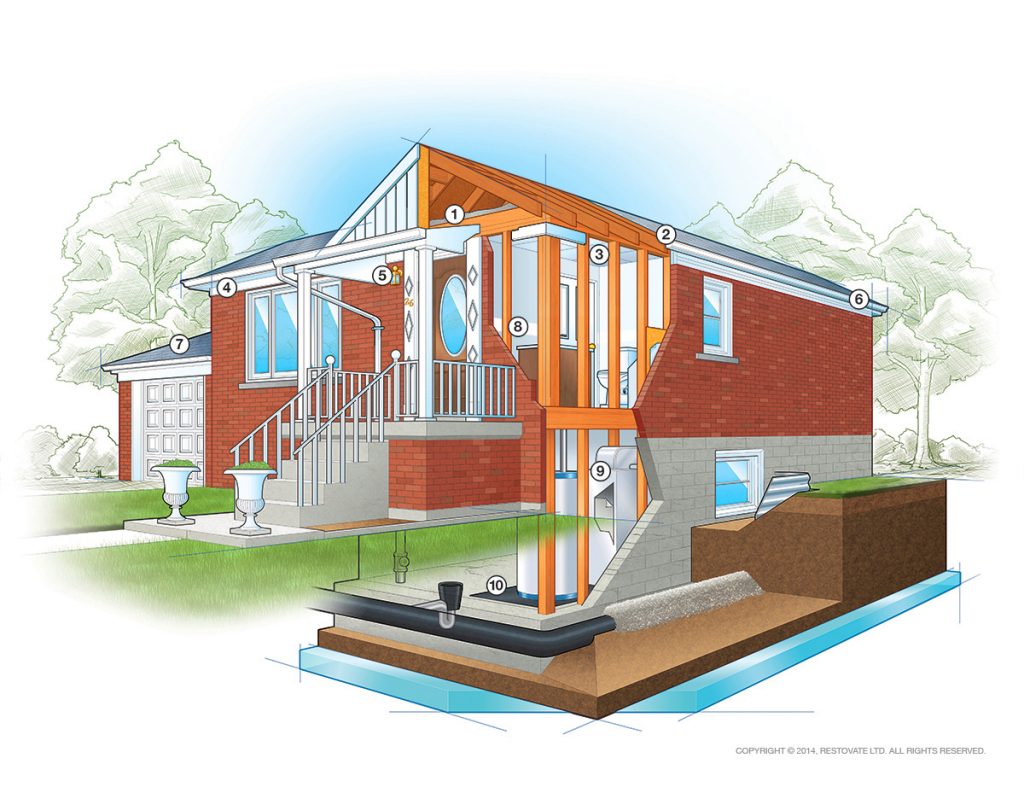 Vermiculite is a mineral that is mined around the world for its fire-resistance and insulation qualities. It’s used in a variety of commercial and consumer products.

Some vermiculite was mined in Libby, Montana between the 1920’s and 1990, until the mine was shut down. Vermiculite from Libby is very dangerous because it contains an amphibole asbestos mixture that is unique in terms of its molecular composition and disease progression, making it particularly toxic to humans.

Asbestos found in Libby is distinct, and is therefore called Libby amphibole asbestos.

Monokote, a fire proofing material, also contains vermiculite contaminated with Libby amphibole asbestos. Unfortunately, Monokote was used to coat all of the steel beams in the World Trade enter towers in New York City. When the towers collapsed on September 11, 2001 large amounts of Libby asbestos were released into the lower Manhattan area.

Vermiculite contaminated with Libby amphibole asbestos was sold as Zonolite® Attic Insulation, and possibly other brands in Canada until 1990.

What Do You Do?

It is very difficult to detect asbestos. The only way to know for sure if a material or product contains asbestos is to submit a sample of the material for testing to an accredited asbestos laboratory.

If you are planning to renovate a home that was built before 1980, contact a professional testing and abatement company to have materials in your home tested for asbestos, including walls, ceilings, vinyl floor tiles, siding, insulation and roofing materials.

A professional testing and abatement company will send a representative to your home to take samples of the materials could contain asbestos. They will do this by first wetting a small area of each material and cutting out a sample about the size of a quarter. That sample gets placed in a small resealable plastic bag and sent to the lab. 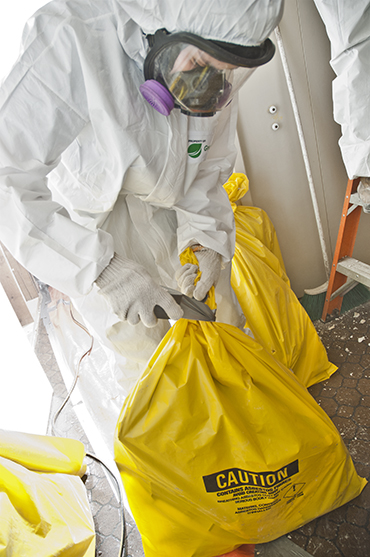 If test results confirm the presence of asbestos in your home it might be best to do nothing. Asbestos removal is very expensive and the process has the greatest risk of releasing asbestos fibres into the air. However, depending on the condition of the material, location and the likelihood of it being disturbed, such as during a renovation or regular maintenance, the removal of the material might be the most reasonable solution.

Asbestos abatement (removal) is a complex and potentially hazardous procedure. It should only be done by an experienced and qualified asbestos removal professional. 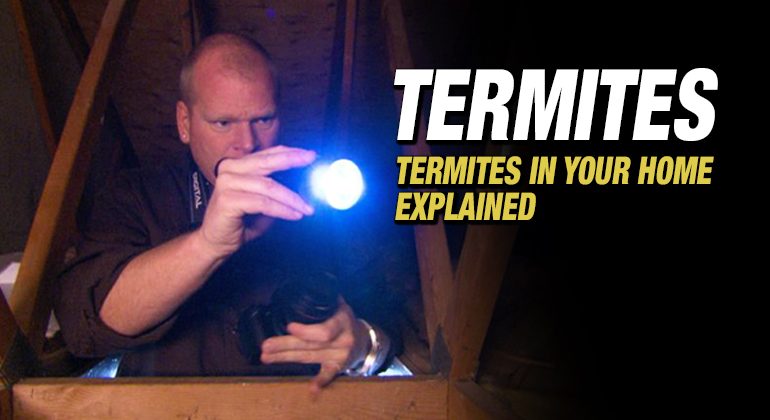 Summer is almost here - are you prepared against unwanted houseguests? I’m not talking about... 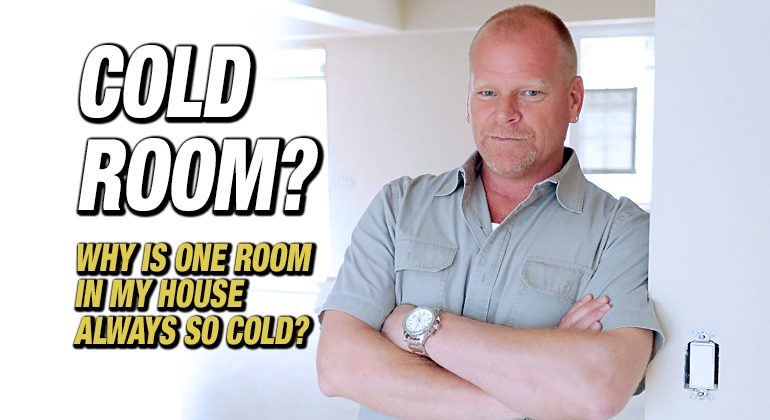 I get this question all the time. Why is one room in my home cold?... 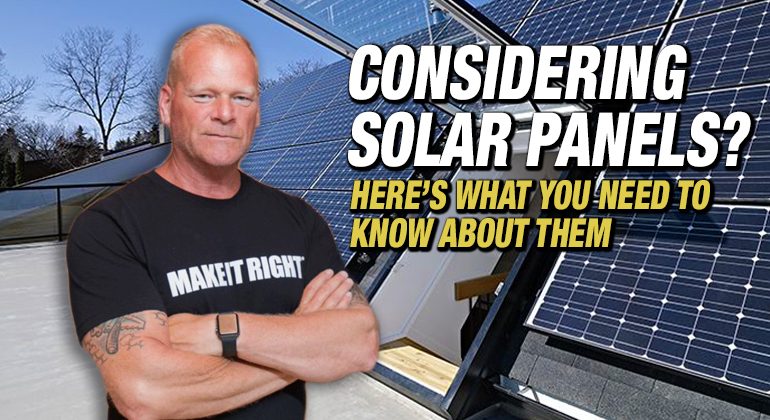 Solar energy isn’t just the way of the future, I truly believe it’s what we...

Summer is almost here - are you prepared against unwanted houseguests? I’m not talking about...

We’re heading full force into summer, and for many of us, our idea of a...

I get this question all the time. Why is one room in my home cold?...

Flooring Guide For Your Bathrooms...

A bathroom is a renovation that you don’t want to cut corners on. All materials...

Mike HolmesSunday, March 8th, 2020 at 1:00pm
Anyone who decides to join the trades is my hero. On #InternationalWomens day, I salute all the incredible women who have joined our crew over the years, and most of all, my fantastic daughter Sherry Holmes - who makes me proud every day on the job site. Not only is she a great member of the team, but she also acts as a wonderful mentor to so many young women who might one day join a construction crew. I strike the #EachForEqual pose in her honour.
168    View on Facebook

Mike HolmesSaturday, March 7th, 2020 at 3:03pm
This is a builder that's so committed to making it right, that they only take on a handful of projects per year. Precision Custom Homes - Jake Melanson is a custom builder in the greater Moncton area - and I'm so excited to announce our partnership with the Holmes Approved Homes program. Welcome, Jake!

Mike HolmesSaturday, March 7th, 2020 at 10:00am
Tomorrow we #SpringAhead - and for me, that's my reminder to change the batteries in my smoke detectors. I change mine twice a year and test them every month. To me, that just makes sense.
54    View on Facebook

Mike HolmesFriday, March 6th, 2020 at 3:04pm
In honour of #InternationalWomensDay I wanted to take some time to share some of the incredible women connected to the Women Building Futures organization in Alberta.

Take a look at the many different career paths they can help prepare you for, and hear their stories!