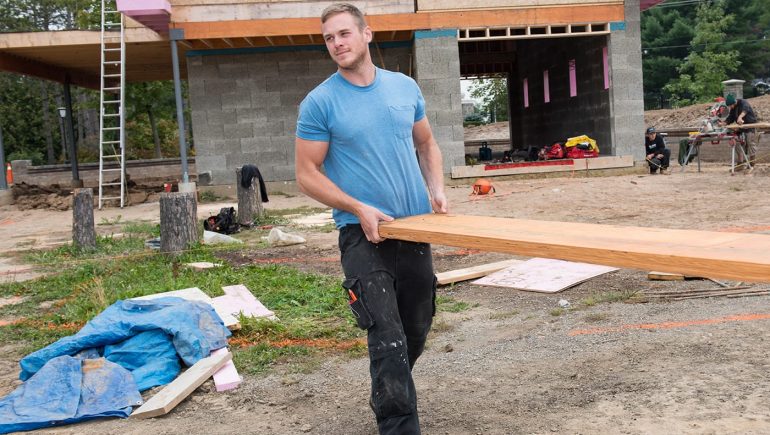 I have been working in the skilled trades since I was 14 years old. When I started as a contractor, I immediately gained a new respect for the skilled trades that I didn’t have before (even though my dad is Mike Holmes). I was able to learn a skill that I could make a career out of, but it could also be applied to my life outside work. By beginning my career at the age of 14, I was able to buy my first house when I was 19. I did that by working hard and saving my money. Since then I am proud to say that I have become a licensed contractor and finished my schooling for carpentry.

The trades are a great, stable career – but often it doesn’t get characterized that way. Since I have started working in the skilled trades there have been many situations where I, and many other tradespeople I know, have been affected by the stigma.

My son @mike_holmesjr ‘s friend is a licensed electrician and was working at a mall. A father and son walked by and the father said “This is why you need to go to school. So you don’t end up like him.”
We’ve got to change our perception of the skilled trades.

I have witnessed and been a target of this myself. While filming Holmes Makes It Right, I had a co-op student working with me. He was a quick learner, hard worker, and wanted to pursue a career in the HVAC (Heating Ventilation and Air Conditioning) industry. When I asked where he wanted to go to school for that he said “well, my mom won’t let me, she wants me to be a doctor and won’t support me in going into a skilled trades career.”

“If you fail school, you can go into the skilled trades”

The problem is this: there are many people out there who think if you don’t go to post secondary school or you work with your hands, that you’re uneducated. I have heard people say many times that “if you don’t finish high-school, it is okay, you can go into the skilled trades” or “if you fail school, you can go into the skilled trades” as if it is a backup profession should you be unable to complete post-secondary education. The skilled trades are filled with brilliant, hard working, successful men and women. 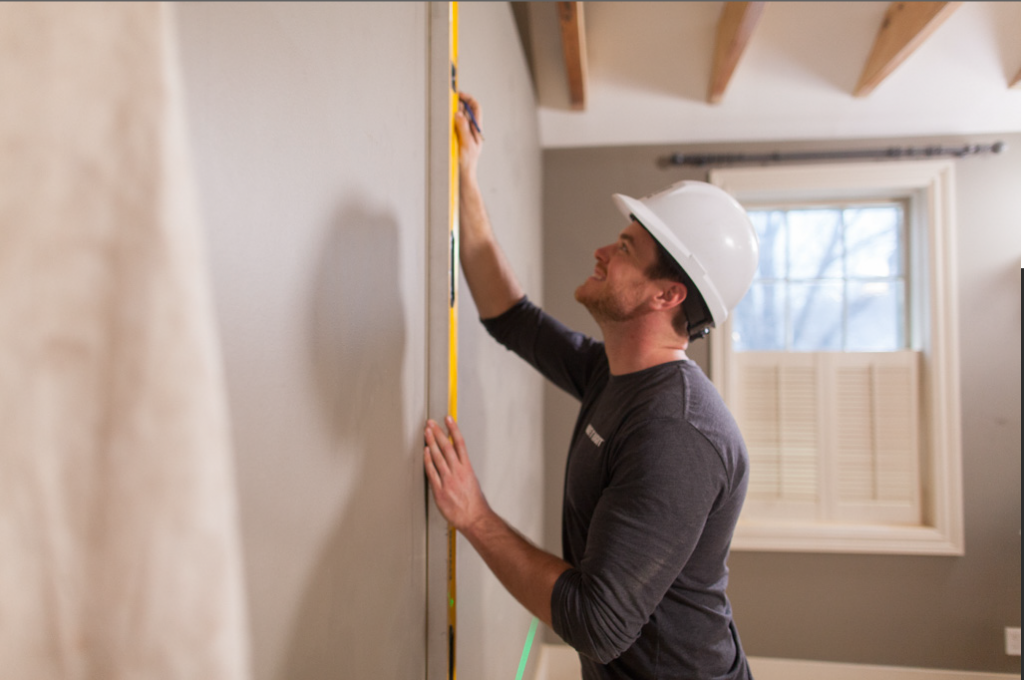 We need more people with that passion to help change the perception. 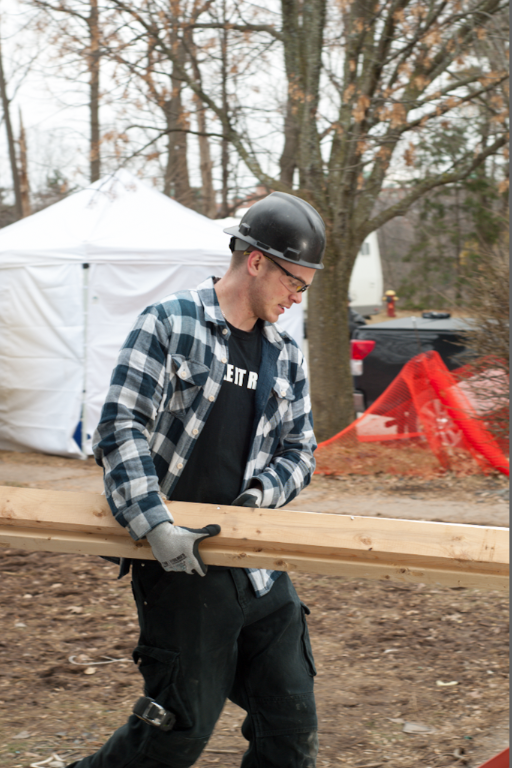 Without the skilled trades, we wouldn’t have the rest of the careers that we value so highly.

There is a huge shortage in skilled trades because the next generation is being pushed exclusively into careers that require a university education. They think it will make them more money, or simply they think that working with their hands makes them a second class citizen. The skilled trades are the backbone of our country. It is not that they are more important than other jobs, but they need to stop being looked at as if they are less important. Tradespeople build the roads that we drive on, the schools that we learn in, the hospitals that we care for people in. They serve and cook our meals, cut our hair, and make our clothes. If you removed the skilled trades from the picture, we would be living a very different world.

It is important that we continue to talk about the stigma in the skilled trades, share our stories – the negative and positive ones – so that we can help end this stigma. Let’s help support more people so that we can create a culture of proud craftspeople and artisans. It’s time to break down the stigma surrounding the skilled trades and stress that an education in the trades can be just as valuable as any other.

Let’s celebrate the hardworking men and women who do your electrical work, build your homes and fix your plumbing. Skilled trades are not an easy profession. Let’s celebrate them by thanking them, respecting them and investing in our workers. 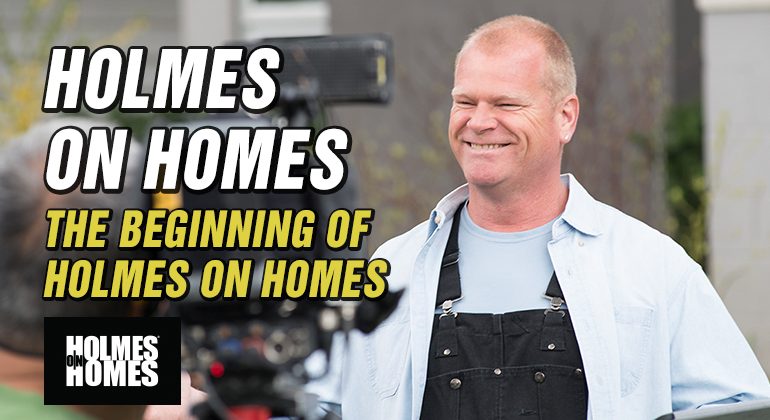 The Beginning of Holmes on...

I never wanted to be on TV, I am a contractor. It’s a funny story... 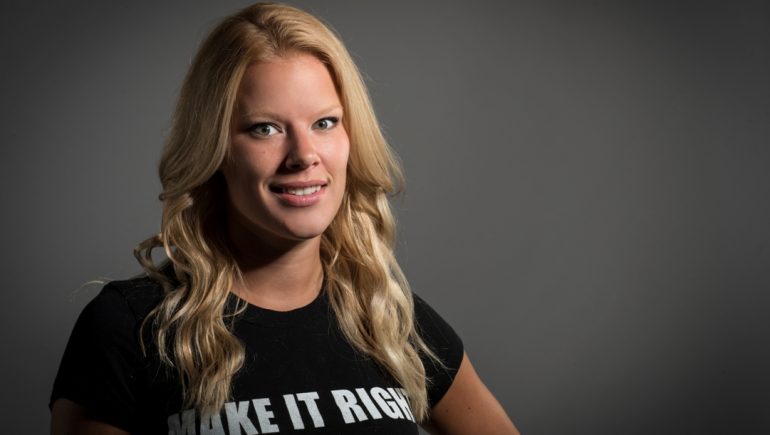 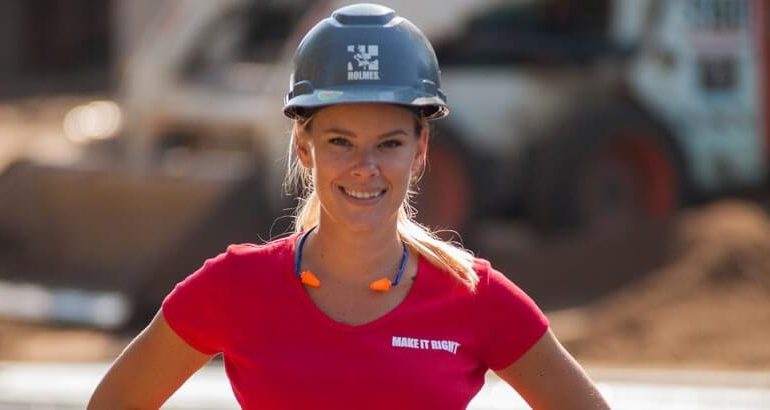 I work in the trades, which means the women that work with me are in...

Benefits of Adding a Bathroom...

The pandemic has made us reevaluate our homes and needs, particularly for those of us...

Building a Hearth: Upgrading Our...

A few years ago, my wife, Lisa Marie and I purchased a century home out...

Things You Should Know About...

If you’re like me and live in a rural area chances are you are on...

Choosing A Kitchen Sink for...

Kitchen and bathroom renovations are a good way to increase the value of your home....

Mike HolmesSaturday, March 6th, 2021 at 1:14am
Turns out, renovation IS a team sport. Alison Victoria and I are getting ready to #RockTheBlock starting THIS MONDAY at 9|8c on HGTV.

Are you #TeamAlisonAndMike? Let me know!

Mike HolmesFriday, March 5th, 2021 at 9:24pm
On every job we do, even if we had no reason to touch their electrical set up (and let’s be honest, we always have a reason to ensure their set up is in good shape), we always, always, ALWAYS install whole home surge protection to their electrical panel.

When an electrical surge happens, it can cause serious harm to the appliances and electronics inside a home. This is why we install whole home surge protection.

It's something I believe should be in every home. Then, in case a surge does occur - you’ll be protecting your expensive electronics and appliances. I once had a surge take out most of the electronics in my home, and trust me, it wasn’t cheap to replace them.

So why do you want whole home surge protection? Here’s why:

👉 Power strips can help protect your laptops and televisions, but you won’t be protecting every appliance in your home this way.

👉 A home contains thousands of dollars in electronics and appliances that require protection.

👉 A surge can strike out of nowhere - it can come from thunderstorms, or if work’s being done to the utility grid, or when the power comes back on after an outage

I’ve been working with Eaton's Electrical Sector for years - I know that they stand for quality. With their whole home surge protection in place, we know that we’re leaving our homeowner's electrical setups safe and secure from any surges. After I lost all my gadgets to a surge, I installed one on my panel too.

Why we install whole home surge protection
41    View on Facebook

Mike HolmesFriday, March 5th, 2021 at 8:28pm
Even the most careful homeowners might get tripped up when shopping for a home. They may get taken in by the big yard for hosting BBQs, and miss signs of water intrusion because of bad grading next to the foundation. Buying a home is probably the most expensive investment you’ll ever make - but it can be difficult to know if you’re making the right decision beyond what your gut tells you.

Tell me - when you bought your home, what was the biggest mistake you made during the process? No judgement here, I’m genuinely curious.
220 32    View on Facebook