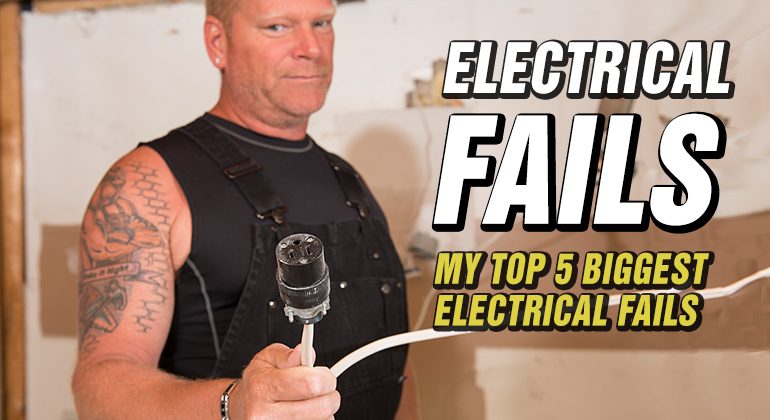 There’s a reason I always recommend you hire a professional electrician instead of doing it yourself. Even I don’t touch my own wiring – I leave that to my buddy Frank. He’s a pro and I know he’s going to make it right.

Electricity powers our homes – it’s the lifeblood of what keeps everything in our house running. It’s up to us to make sure it’s been done right. As a homeowner what should you know about your electrical set up? You should know about the importance of having GFCI outlets, and surge protection. I once lost a few appliances to a power surge. Now we make sure we install a whole home surge protector everytime we are working on someone’s house.

Is your system showing warning signs of bad electrical wiring? Know what the signs are – and when it’s time to bring in a pro.

Here are 5 electrical projects that COULD have used the help of a licensed electrical contractor.

Now this one just blew my mind. We went down into the homeowner’s basement and found SEVEN junction points all in ONE room. This is one electrical system that was truly shocking to find.

Frank said it best: “Use your head!” How this home didn’t have a major electrical fire is beyond me.

4. From the Internet: Green Electricity? 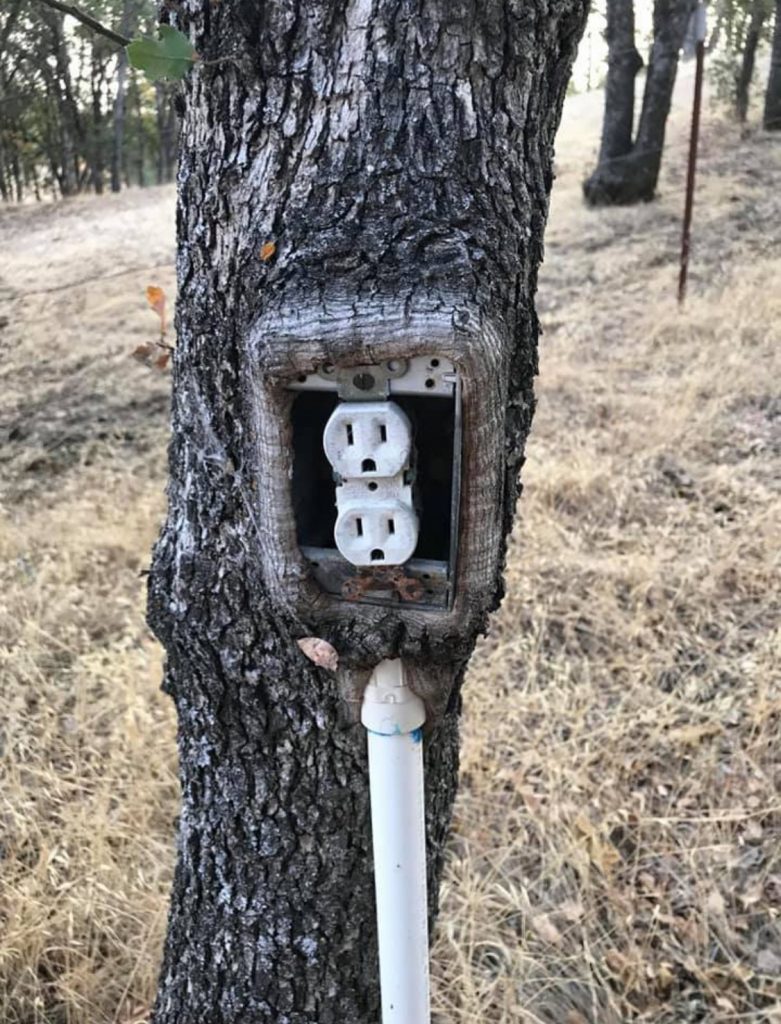 I found this photo online – and boy, is this a doozy.

We don’t know if there’s GFCI on this outlet – but that tree is full of moisture and everything’s going to rust out. Do you think this ever worked?

3. Holmes Next Generation: Far From Home

This was a story that was near and dear to my heart. We don’t usually help out homeowners who are planning to sell after we’ve made it right, but these guys deserved it. This husband and wife had a young son, and with that dad’s daily commute to work of a few hours – he barely got time to spend with his son!

It made me think of how much I had to work while my kids were growing up. I worked a lot – and I didn’t always get to see them as much as I wanted to. I’m happy that we all work together now and we can make up for lost time, but I would have done anything to spend more time with them when they were young. That’s exactly what this family was trying to do, before being left on the hook with a renovation half complete.

When we opened up the walls we found copper and aluminum wiring mixed up, closed off electrical, and ponytails inside the wall.

This one just had Frank shaking his head.

2. From the Internet: Spaghetti and Meatballs 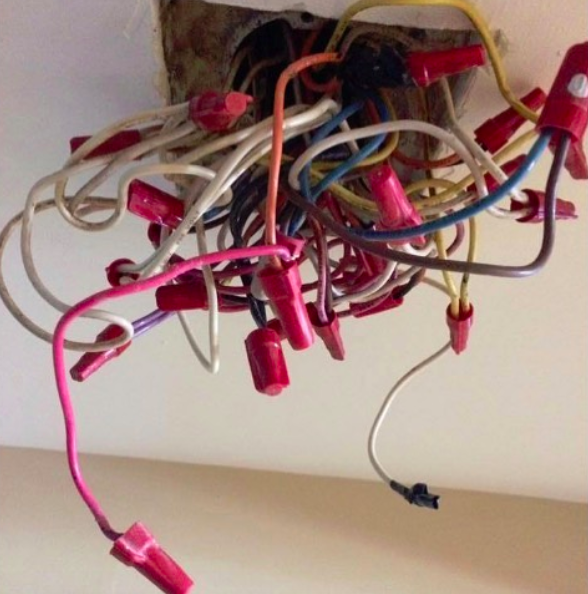 Anyone feeling hungry? You’ve got a real spaghetti factory in this one.

There are way too many lines in this box – and that tells me it wasn’t an electrician who touched this. Is this a mess? Yes. Is this a fire hazard? Possible. Does it meet code? No. This homeowner should call in a licensed electrician.

1. Holmes Makes It Right: A Case of Shingles

Now I truly loved working with this couple – they were the sweetest. And Clair, one of the homeowners was such a firecracker. She even wore her heels when we went up to the roof (don’t EVER do this). But Brian was such a DIYer at their home, and boy, did it show.

When we looked at their electrical setup, most of which had been fiddled with by Brian, Frank almost had a heart attack. This is the biggest reason I say homeowners should NEVER be the ones to touch their electrical set up. His fuse box was a ticking time bomb of electrical problems. There were truly some areas that could have caused serious harm – or worse.

Your household electrical system keeps your home running – it’s important to make sure it’s safe. How often should you have your wiring systems checked? Well, answers will vary on that – but if I’m already opening up the walls to do a renovation, I’m definitely going to call my electrician. 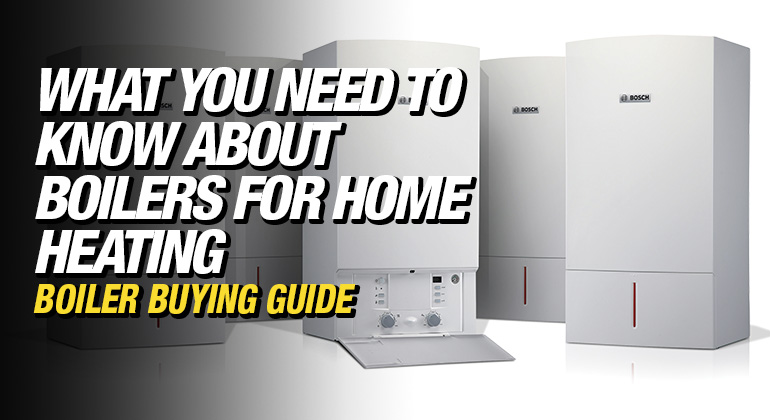 Boiler Buying Guide - How to Choose the Best Boilers for Your Home Boilers are... 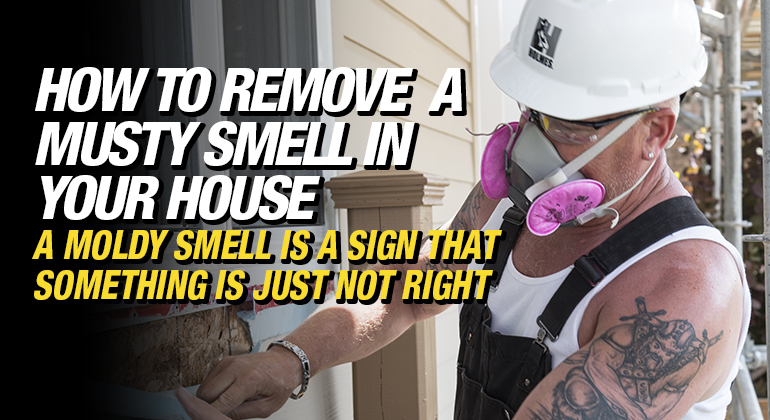 How To Remove A Musty...

I am going to be honest with you. A musty or moldy smell is a sign that... 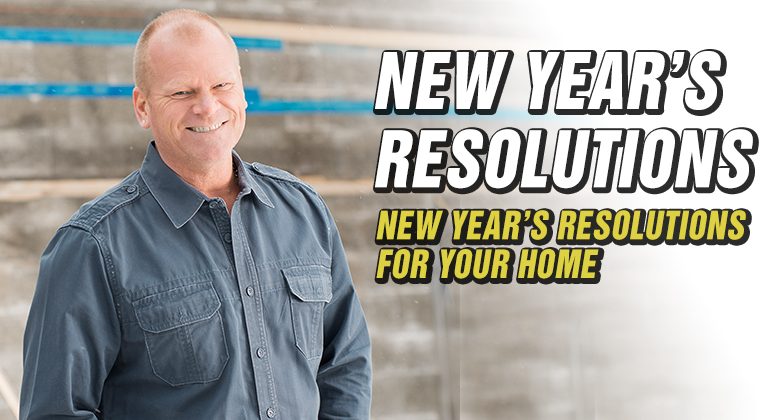 New Year’s Resolutions For Your...

Most New Year’s resolutions are about self-improvement. Other people want to start a new habit,...

What Do You Need To Know About EV Charging Stations? Electric Vehicles or EVs are...

Boiler Buying Guide - How to Choose the Best Boilers for Your Home Boilers are...

They say first impressions are everything, and the first thing people see, face-to-face, when they...

It is a big challenge to educate homebuyers about

#AskMike Can I Install A Window In A Shower? I lov